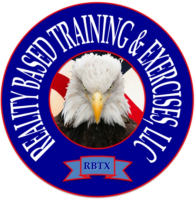 Mr. Jamison has over 30 years of managerial and operational training experience in the areas of counterterrorism and counter-proliferation, all-hazards management, security planning, and operational intelligence.   He is an experienced innovator of reality-based tabletop training techniques involving the highly sensitive nuclear, radiological, chemical, biological, energy, and health industries.

Prior to starting Reality Based Training & Exercises, LLC, Mr. Jamison served as the primary designer, developer, coordinator, and co-facilitator of a multi-tiered tabletop exercise (TTX) program in support of the Federal Bureau of Investigation (FBI) and the Department of Energy that resulted in the successful execution of 84 TTXs and the training of over 5,900 Federal, state, and local first responders.  His TTXs are known for their hallmark “Best Practices” that accomplished the following:


Mr. Jamison has also applied his innovative training techniques to the design, development, and co-facilitation of a TTX series designed as a mechanism to provide Incident Command Team (ICT) training that led to improvements in Occupant Emergency Plans (OEP) as well as emergency coordination procedures that enhanced the safety and security of the Federal workforce and property.  Scenarios ranged from deliberate terrorist attacks, to active shooters, to hostage barricades, to chemical and biological hazards, to floods and tornadoes. A Department of Homeland Security expert touted this Incident Command Team training as “an example for how the remainder of the Federal Government agencies should be exercising”.

Mr. Jamison retired as a Lieutenant Colonel in the United States Army following 26 years of active duty service.  During that time he served as both an Intelligence Officer and a Russian Foreign Area Officer in various command and staff positions with the Joint Staff’s Intelligence Directorate and numerous tactical assignments.  Mr. Jamison gained valuable insight into United States counterterrorist and counter proliferation efforts while serving as the Chief of the Crisis Action Center and the Intelligence Analysis Division of the Joint Special Operations Command (JSOC).

Mr. Jamison has a Masters of Arts Degrees in International Relations from the University of Southern California; a Masters of Arts in National Security Affairs from the Naval Postgraduate School in Monterey, California; and a Bachelors of Arts in History/Political Science from the University of Missouri.  Mr. Jamison resides in Northern Virginia and is the proud father of three daughters.
"Management is doing things right; Leadership is doing the right things"
Peter F. Drucker